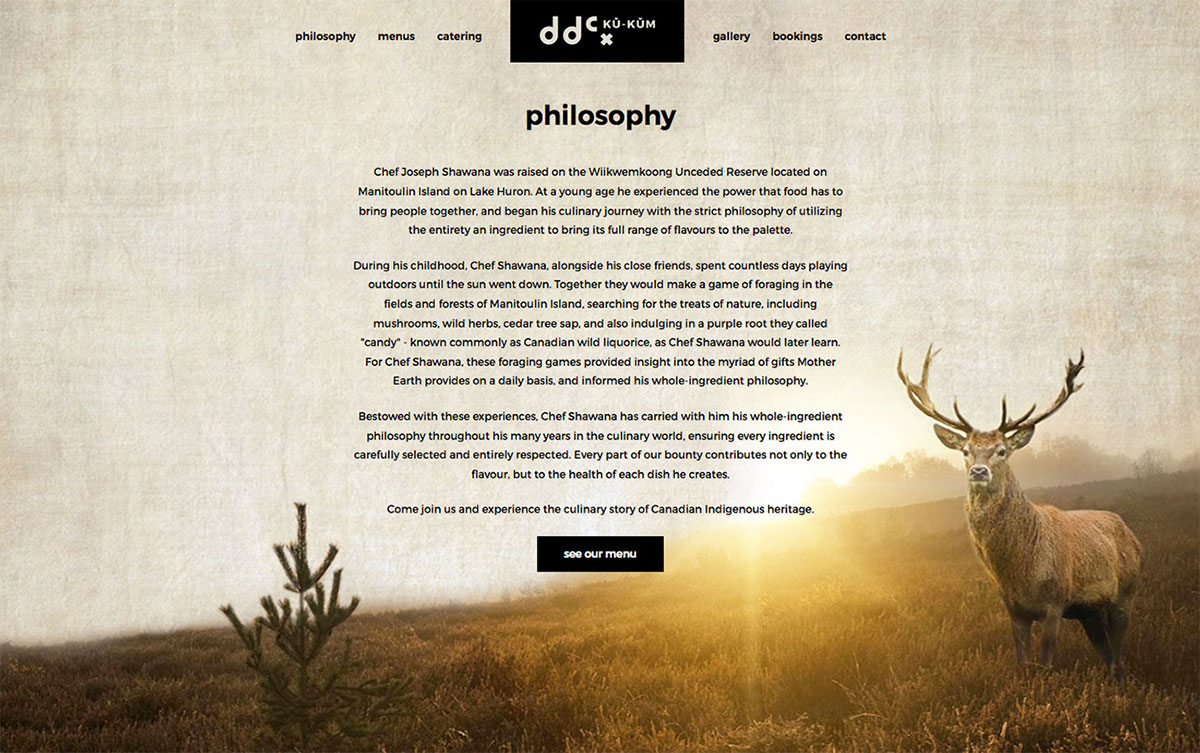 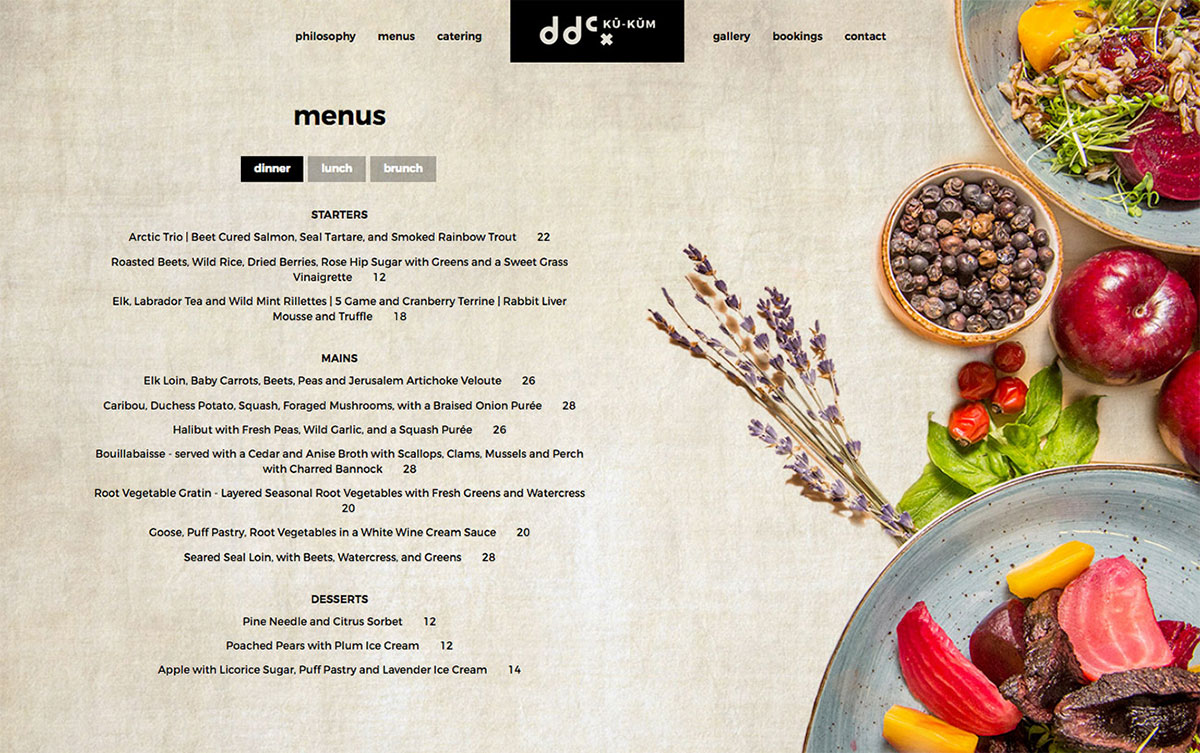 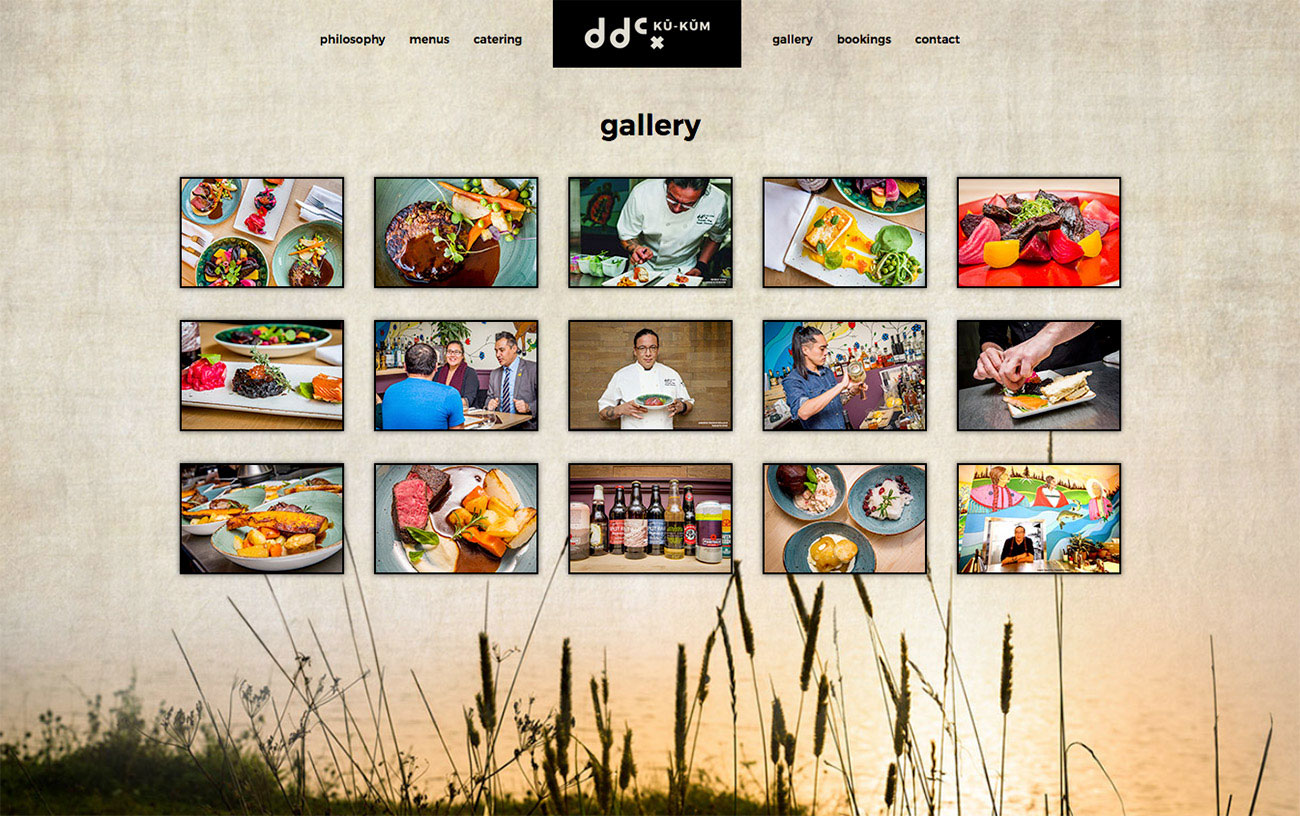 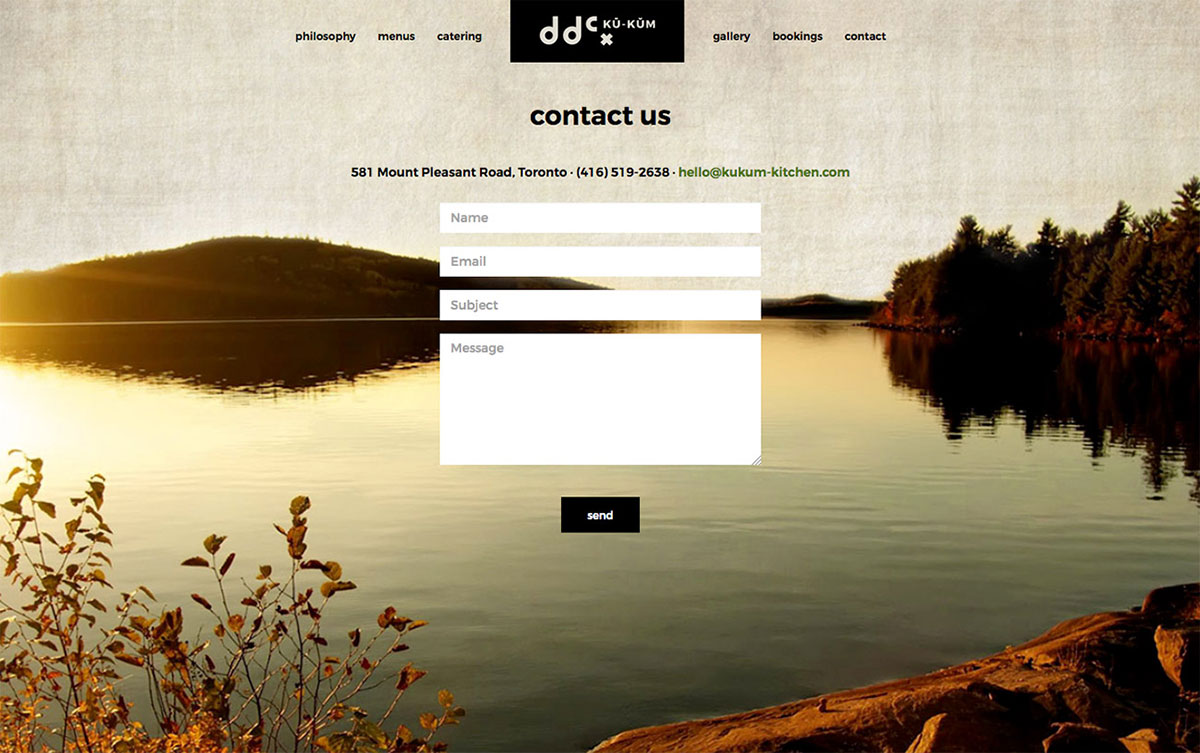 Kū-kum (prounouced koo-kum) is a Toronto-based Indigenous restaurant. It has gained fame among not only the Indigenous community, but also mainstream news in both Canada (CBC, The Star) and the United States (New York Times, Wall Street Journal). It was also rated one of Canada’s best new restaurants.

I was approached to concept and create their entire branding package. This included, their logo, website, menus, business cards, and various event banners.

Menus
Keeping with the principal theme of the restaurant (sourcing from Indigenous people as much as possible), I used these beautiful handmade birch boards that were purchased from an Indigenous vendor at a powwow in Rama, Ontario as a platform for the menus.

Catering Menu
I designed the catering menu to be visual and explosive with color and really bring out the aesthetics of the dishes. I wanted it to showcase the intricately foraged ingredients that went into the food at Kukum. I also designed and directed the beautiful photography that was done by Hector Vasquez. 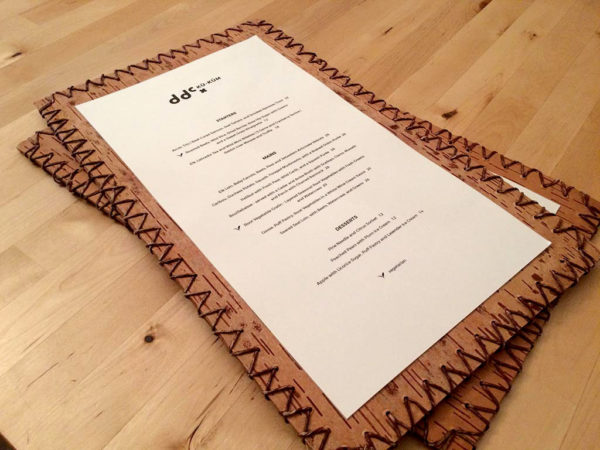 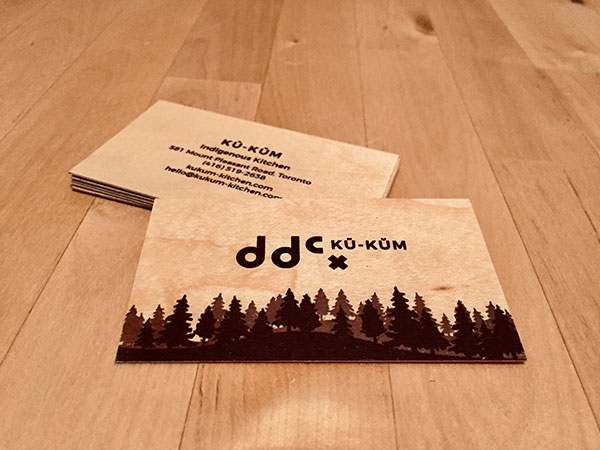 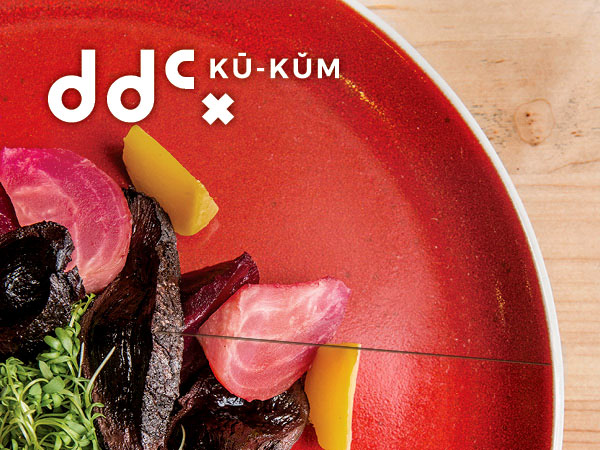